Fuku is a female Onmyo mage. Well versed in natural philosophy, astronomy and the calendar, she has mastered the mystical Way of Onmyo. She can manipulate the four Onmyo elements of earth, water, wind and fire - not unlike those of alchemy - and also summon magical servants knows as "Shikigami" to do her bidding.

Rumor has it that she can call down the Twelve Celestial Generals from their homes in the stars and even slay the pestilential gods that cause natural disasters - but the truth is shrouded in mystery...

Sensing a growing imbalance in the spirit-stones and yokai activity, Fuku had been visiting Dazaifu to investigate further. There she met William, and, recognising his power, introduced him to the Way of Onmyo. Polite and reserved in conversation, she nevertheless has the steely core one would expect of the daughter of a samurai.

Eventually, Fuku's accomplishments amid the chaos of war will be recognised by leyasu, who will employ her as a wet nurse to the shogunal house. She is married to one of Kobayakawa Hideaki's inner circle, and it is said that she was the one who convinced Hideaki to switch to Tokugawa's side at the Battle of Sekigahara.

This marriage will end in divorce due to the summons from the house of the shogun, but eventually she will receive the title of "Lady Kasuga" from the imperial court and take over the running of the women's quarters there. At the same time, she continued to support the Edo shogunate alongside Tenkai as an Onmyo mage. 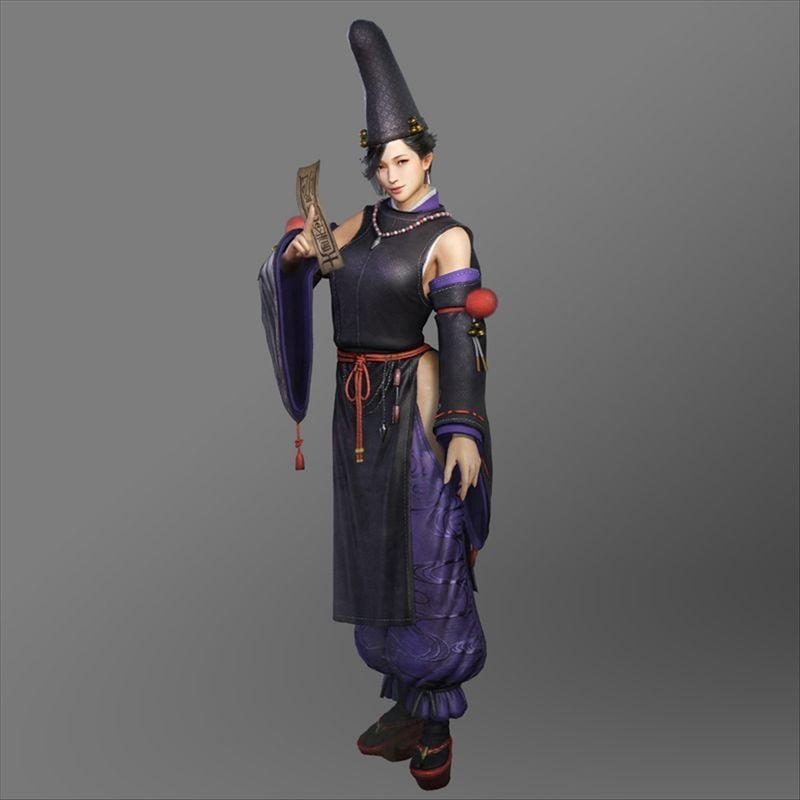