Hattori Hanzo is a ninja in the service of Tokugawa Ieyasu. His real name is Masanari. "Hanzo" is a name inherited by each successive head of the ninja clan in Iga province. Although his father was known as "Hanzo the Oni", the current Hanzo has more of his father's skill as a ninja than his prowess as a military commander.

He is a master of intelligence, concealement, and sabotage, and leads an army of several hundred ninja who lurk in the shadows waiting to carry out secret orders from their lord. As one of the few people in Japan with knowledge of foreign languages, Hanzo also guides the newly arrived William in his search for Kelley.

Hanzo sees ninja potential in William and teaches him the basics of ninjutsu. William's years as a pirate left him with highly developed survival skills, and his willingness to use any means to accomplish his ends is another ninja—like trait.

Hanzo keeps a cat inside his garments and uses it instead of a clock, checking the time by closely examining the dilation of the cat's pupils. In fact, this cat is possessed by a Nekomata, an exceptionally long—lived Guardian Spirit, but as Hanzo cannot see spirits he does not realize this.

The current Hattori Hanzo is the third to serve the Tokugawa clan. His father was accomplished not only as a ninja but also as a general, known as "Hanzo the Oni" for his ferocity. Oni or not, however, he recognized that while the Tokugawa clan had many fearless generals on its side, it was lacking in operatives who could support it from the shadows. As a result, he began training his son stringently in the ways of ninjutsu from a young age, so that he could grow up to meet this need.

Hanzo was ordered by leyasu to conceal the existence of Amrita. To accomplish this entirely, William had to be eliminated. After defeating Kelley and rescuing Saoirse, William let his guard down and turned his back to Hanzo as he left... but, rather than seising the opportunity to kill William, Hanzo watched him leave as a friend. For one such as Hanzo, who had never let sentiment interfere with his duties before, this was a token of gratitude and farewell to the samurai from a foreign land who had fought for Hanzo's country.

Hanzo continued to serve leyasu even after William left Japan, keeping watch for anything that might disturb the fragile peace. However, he went missing after setting out to investigate an unsettling rumour in the Tohoku region. William defeated Date Shigezane and saved Hanzo from certain doom, allowing him to use the sacred waters of Mount Ibuki to counteract Shigezane's transformation into a yokai. In turn, Shigezane convinced Masamune to abandon his plans for rebellion, although the Spanish spy behind the situation vanished without a trace, furthering Hanzo's concerns about the mysterious foreign ninja.

Hanzo set out for Osaka together with William in order to face the Toyotomi forces. Along the way, they encountered Sanada Yukimura's ninja, Sarutobi Sasuke, who engaged Hanzo in a fierce battle under orders from his master. Eventually, Hanzo gained the upper hand, but the sound from a hora—gai shell indicated a truce between the Tokugawa and the Toyotomi, allowing Sasuke to escape. Although relieved that the fighting had ended, Hanzo knew that the day would come when he would have to face Sasuke again.

In order to defeat the Toyotomi clan, Hanzo once again joined the fray at Osaka and fought alongside William and the Tokugawa troops. After the fall of Sanada Yukimura's forces and upon learning that the remaining Sanada troops were making their way toward leyasu's main camp, Hanzo parted ways with William in order to return to his master. Hanzo's concerns over leyasu's safety proved prescient, as Yukimura appeared and engaged Hanzo in a ferocious battle after he arrived at the main camp. Hanzo bested his opponent, who ultimately proved to be Sarutobi Sasuke disguised as Yukimura. After the fight, Hanzo and William ventured to Hirado Island in western Hizen province, and it is said that the two of them continued to keep a watchful eye over the now peaceful country and protect it from yokai and ninja from foreign lands, among other threats. 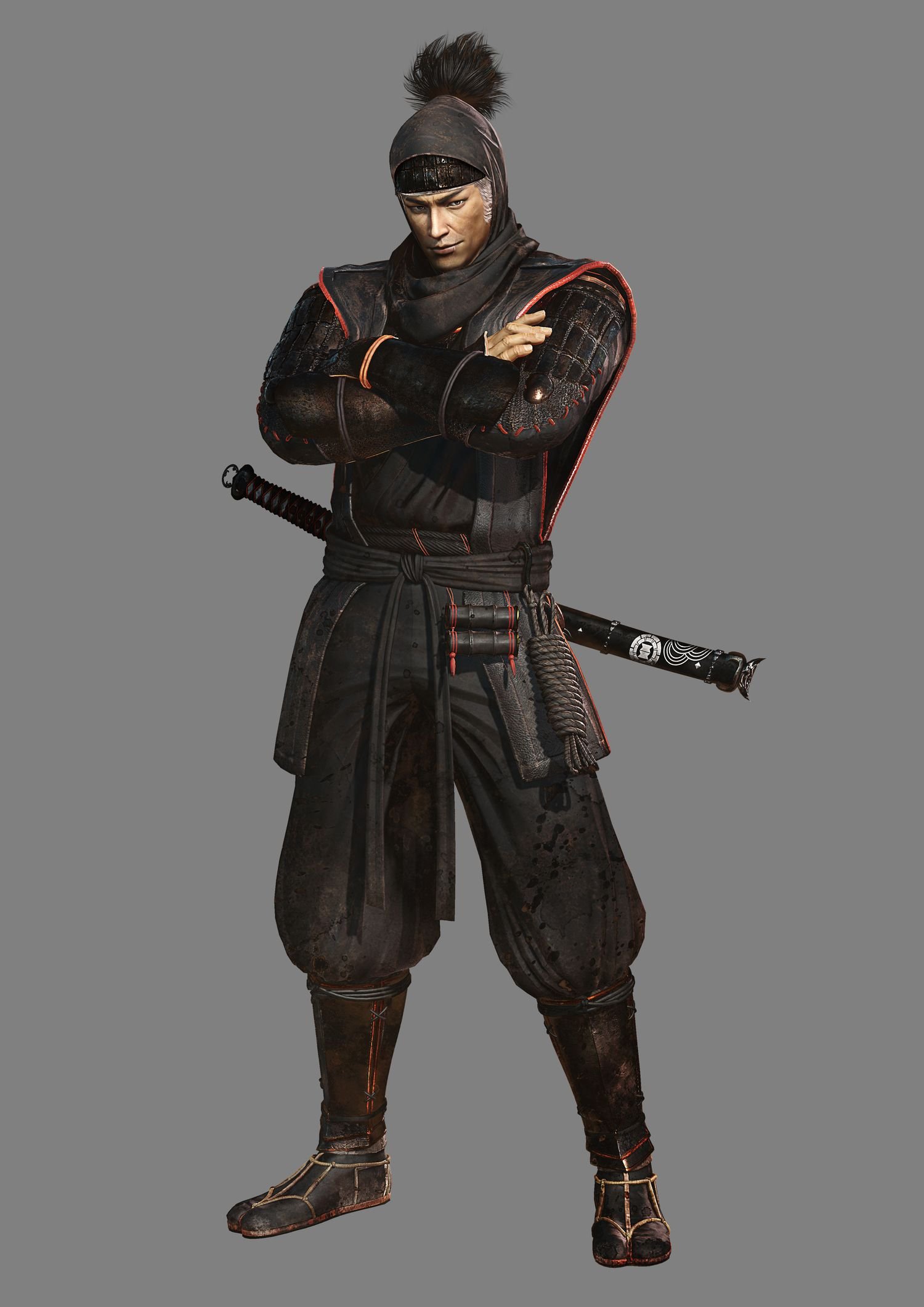