Nine-Tailed Fox is a Boss in Nioh.

The nine-tailed fox is a fox-based yokai that has lived for over a thousand years and possesses strong magical powers. Foxes that mysteriously obtain magical powers become yokai, and then longer the fox has lived the stronger it's powers become, with the number of tails it possesses increasing as well. Fox spirits with one tail have only weak magical powers and are as intelligent as the average human, but those that live a thousand years eventually grow nine tails, and are believed to have a level of intelligence that far exceeds that of even the most intelligent of humans.

Melee Strategy:  Many of her ranged elemental attacks can be avoided easily just by staying mobile. She has a huge range on her tail swipe and it's speed can catch players off guard. Her claw swipes can be blocked however this will inflict massive ki damage, especially if she chains them together, as she often does. Bait her melee attacks then dash in for quick damage.

The Nine-Tailed Fox is a very powerful fox demon.
The entity often assumes the form of a beautiful woman, so it may seduce and devour motal men. 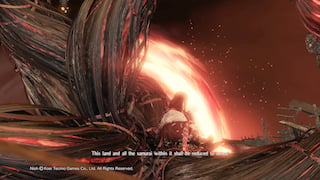 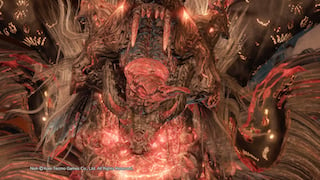