Shima Sakon is a NPC/Boss in Nioh. He is the 2nd boss that players will have to fight in the 'Sekigahara' mission. The player will have to face this boss in order to proceed with the game.

Historically, Shima Sakon was a Japanese samurai of the late Sengoku period. Shima eventually left the service of the Tsutsui, and eventually joined Ishida Mitsunari under the banner of the Toyotomi Clan. At the Battle of Sekigahara, Shima served as one of Ishida's higher-ranking officers, commanding a unit of 1,000 strong men.

To fight Shima Sakon, one good strategy is to stay close during the first phase. As a spear user, he has a big advantage in range, but his attacks take more time to finish in comparison to swords. Many of his moves give an opening for one or two attacks.

When Shima Sakon summons his spirit and his weapon is glowing, try to keep a distance and not get hit. Keep moving until you have enough ki to jump in, attack once, then back off quickly. Sakon does not stagger in this phase until he runs out of ki, so trying to use combos on him is very risky.

Since all human bosses or enemies, including Shima Sakon, utilize regular Ki, Lifeseal Talismans work very good to make these fights more manageable. The tricky part is to cast it at the right moment, as his spear thrusts are quick and cover  alot of ground. When cast, just bait attacks until his Ki is low and go in for the grapple/critical hits. Coupled with Sloth talismans, the fight is almost trivial.

A detailed Strategy goes here. It should feature details on the build, level and recommended weapons and items as well as counters for specific attacks.As sfasdf

Shima Sakon has two attack phases. In the first phase, he uses hard thrusts and foot sweeps to keep the player off balance. In the second phase, Sakon summons his guardian spirit, Kara-Jishi, to buff his attacks with lightning.

Born as Shima Kiyooki, Sakon was a warrior who, after leaving the Tsutsui clan, joined forces with Ishida Mitsunari as one of his top generals. During the Battle of Sekigahara, Sakon commanded an artillery regiment until he was shot by riflemen under the command of Kuroda Nagamasa. He retreated due to his wounds, and his fate afterwards remained a mystery. Some say that he died while trying to escape, or that he succumbed to his wounds one month after Sekigahara. 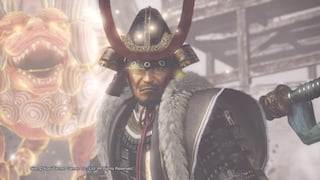 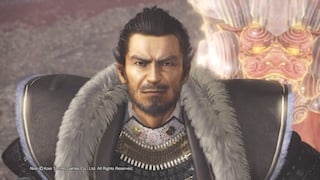 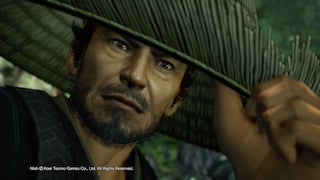