Tachibana Ginchiyo is the wife of Tachibana Muneshige. Muneshige, who she had known from childhood, is the adopted son of Tachibana Dosetsu, said to have been so fierce that he killed a god of lightning with his sword when a thunderbolt fell near him. Ginchiyo inherited not only her father's legendary sword "Raikiri" (lightening slicer), but also his ferocity as a warrior: she shows no fear whatsoever before the likes of yokai.

The bond between Ginchiyo and her husband is loyal and firm, and their combined military prowess is feared even by the blood/soaked warriors of Kyushu. Ginchiyo fell ill while Muneshige was on a campaign and lost the ability to bear children. She senses, too, that the end of her life cannot be far away. Her chief wish now is to combine forces with Muneshige to protect the people. She loves Muneshige, but her regret over her childlessness can lead her to be somewhat distant with him. She is jealous of Yachiko, Muneshige's concubine, but ultimately accepts her as another woman supporting Muneshige and the Tachibana clan.

Ginchiyo's Guardian Spirit is a female Raiken, the mate of her husband Muneshige's Raiken Guardian Spirit. Muneshige and Ginchiyo are as inseparable as their spirit companions, and care for each other deeply. When Muneshige is away, Ginchiyo is entrusted with the castle. It was later said that when trouble arose, she and her maids would don their armour to meet the enemy - a sign of how firmly Muneshige trusted her.

Ginchiyo was also so beloved by the people in their domain that enemies would avoid passing her residence too closely for fear of incurring the wrath of local peasantry. 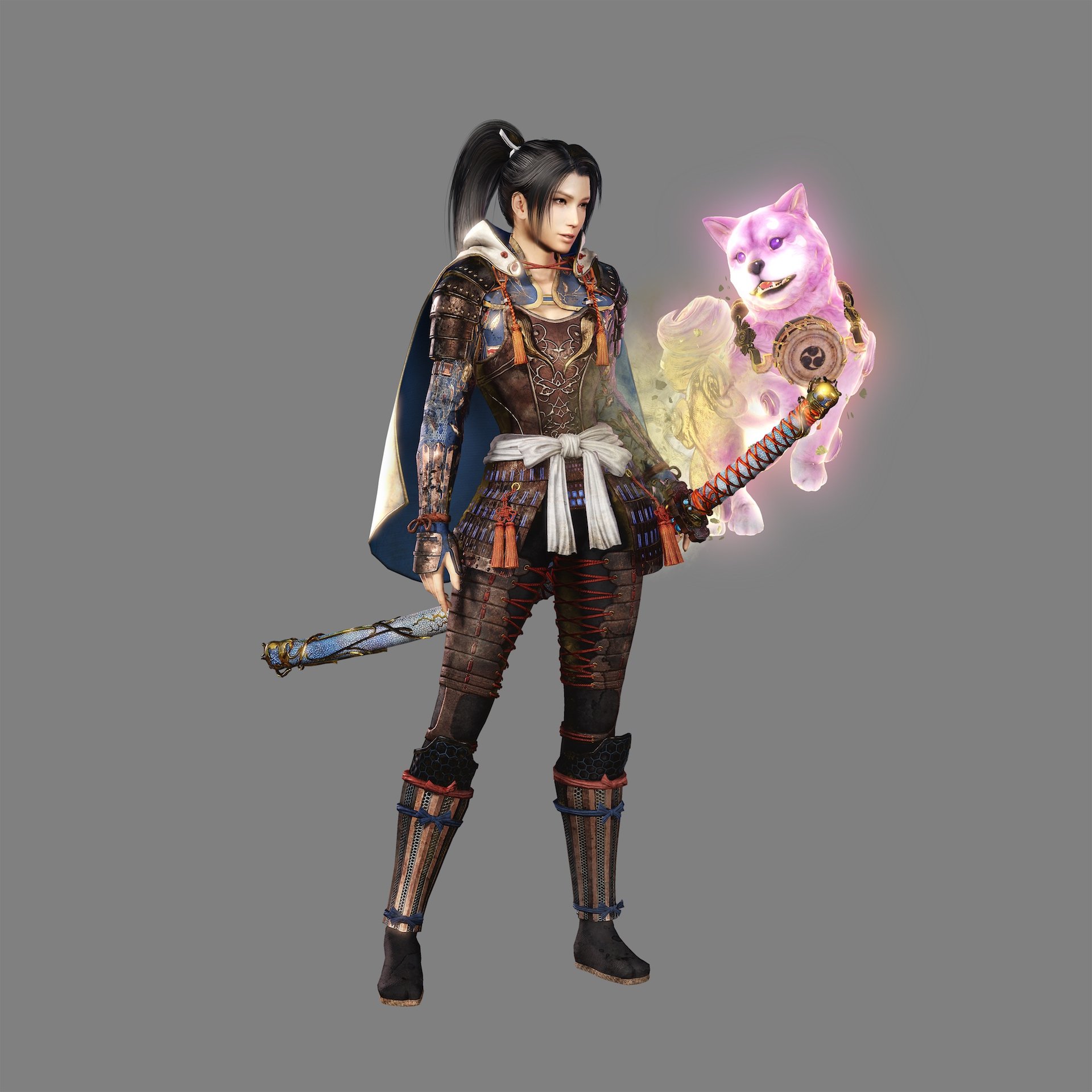