Tenkai is a monk at Muryojuji-kitaiin Temple in Kawagoe, Musashi province. His early life is shrouded in mystery, but after taking orders he studied various temples before joining the Tendai sect of esoteric Buddhism. As well as Buddhism, he is versed in Shinto, Taoism, Onmyo, Shugendo, and even Feng Shui, and uses this knowledge to advise powerful daimyo. It seems that Onmyo magic has some overlap with alchemy, and Tenkai is concerned that abusing the spiritual power of Amrita could lead to disaster.

Tenkai is in fact Akechi Mitshuhide, the general who catalyzed the Honnoji Temple Incident which forced Oda Nobunaga to take his own life. Mitshuhide was said to have been murdered by rogues after being defeated in battle by Toyotomi Hideyoshi, but in fact he simply changed his name to Tenkai and started a new life as a monk. Today, he is strongly in sympathy with Tokugawa Ieyasu's desire to unite all under heaven, and supprots Iey behind the scenes when possible.

After the Battle of Sekigahara, Tenkai used his powers as an Onmyo mage and a Feng Shui master to help plan the street layout of Edo. Just as the Mount Hiei temple complex stands before the north—eastern "Oni Gate" of Kyoto as a spiritual barrier discouraging oni and other monsters from entering the capital, Tenkai built Kan'ei ji temple on Mount Toei in Tokyo's northeast to provide permanent protection for Edo. 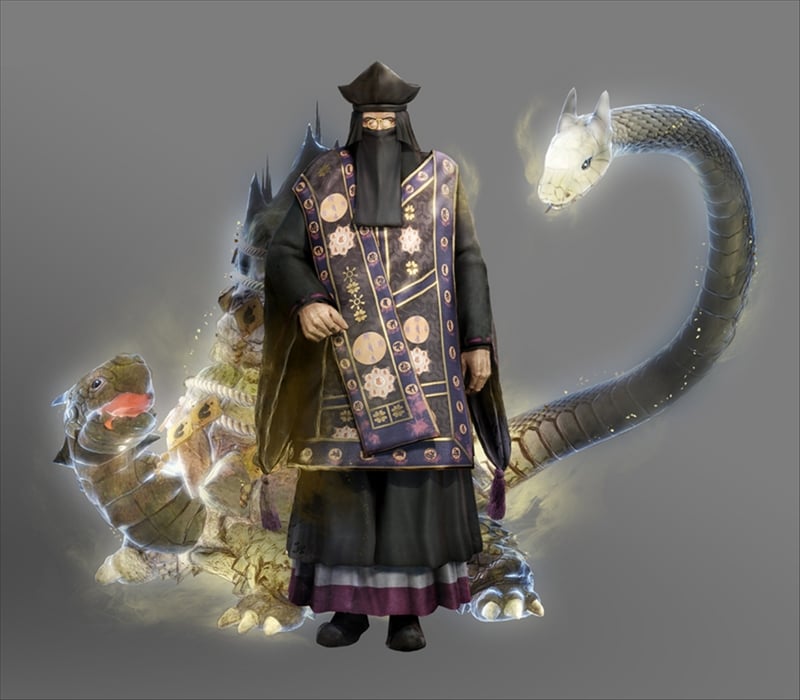