Tokugawa Ieyasu is an NPC in Nioh.

Tokugawa Ieyasu (徳川 家康) is the founder of the Tokugawa clan and a retainer to the Toyotomi clan. After Hideyoshi Toyotomi died of sickness in 1598, nearly all of Japan's daimyōs and samurai are split into two factions—The Western Army (Mitsunari's group) and The Eastern Army (anti-Mitsunari Group).

Ieyasu first met William in Suruga, where they have a conversation as to what drives William to keep fighting the Oni. After their encounter, William came to realization that he too desires a world without war, where humans and spirits can exist together peacefully. Afterwards, Ieyasu marched his troops to Edo, where Edward Kelley has made his move.

In Edo, Ieyasu witnessed Okatsu being held hostage by Kelley, who demanded Ieyasu to give his life in exchange for his daughter's, but Ieyasu's prompt refusal surpised Kelley long enough to allow Okatsu to quickly break free. Despite being driven to a corner, Kelley managed to escape, revealing that his ploy in Edo was only to distract the Tokugawa forces. Ieyasu is then informed by the newly arrived Honda Tadakatsu that Ishida Mitsunari has raised an army for a decisive battle at Sekigahara.

At Sekigahara, Ieyasu is losing his patience at the indecisive Kobayakawa Hideaki, and has begun firing shots at his base on the hilltops. Not long after, a cannon fire hits the Kobayakawa base, prompting Hideaki to take action and turned against the forces of Otani Yoshitsugu. After being informed that the cannon fire came from the Liefde, Ieyasu praised William for his well placed shot that has given the Eastern Army a major advantage.

After Kelley is defeated at Azuchi Castle, Hanzo informed Ieyasu of William's death to which he regrets, saying that he would have given him a proper title and lands if he were still alive. After Hanzo left, Ieyasu told him that he was a good ninja but a poor liar, knowing well that William is still alive. 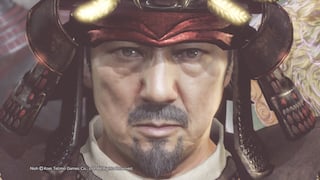 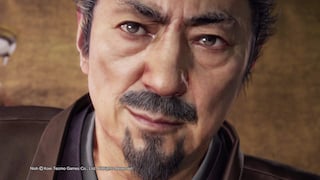 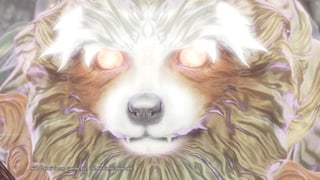