Wheelmonk is an Enemy in Nioh.

"A yokai like a wheel with a gigantic face attached to it. The wheel is big enough to be used on an oxcart, and while the face has a certain degree of freedom to leap from it they remain tied to it by their hair. Wreathed in flames and scowling hideously as they roll around, the face resembles a visitor from another world, and has long struck terror onto the hearts of those who witness them."

"They have awful destructive power and attack by ramming their bodies engulfed in flames or by spitting fire from their mouths. Depending on where they appear, they can also start fires in the surrounding area, which can rapidly grow into raging infernos." 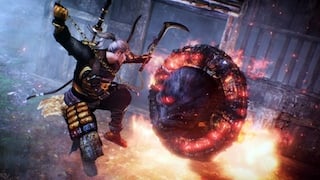 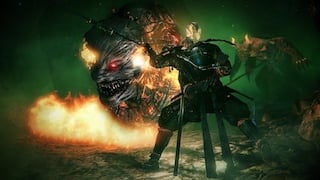 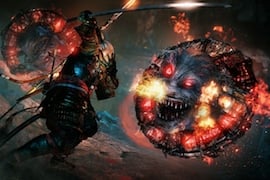