Yokai are a type of enemy in Nioh. The word Yokai is used in Japanese to refer to spirits and demons: a combination of "bewitching and apparition", but are not necessarily seen as evil, as some are thought bring good luck.

Japanese folklore often represents these creatures as having animal features or shapeshifting abilities, and attributes them the domain of the world between life and death. Please see the Lore page to understand more about overall Japanese history and the setting of the game. 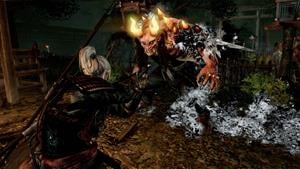 When a human is transformed into a demon by the power of Amrita, the result is a Yoki, a hightly agressive being whose body is  20-30% larger than a normal human. 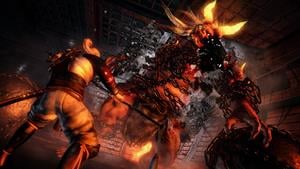 Onryoki is a giant red demon born from the amassment of vengeful spirits. Half its face is a burning flame of anger, while the other half is warped by rancor. Countless spirits give it an eerie appearance, and horrendous voices emit from its body. Most would want to avert their eyes from this horrid demon. 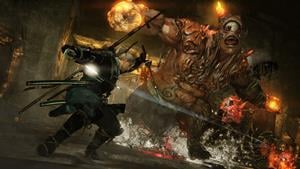 Hitotsume-Oni is a large demon that only has one eye located in the center of its face. It is said that Oni with two eyes were once human or entity that was affected and consumed by negative emotions of humans. One-eyed Hitotsume-Oni, on the other hand, are the reincarnation of the violent tendencies belonging to the mountain gods and spirits. 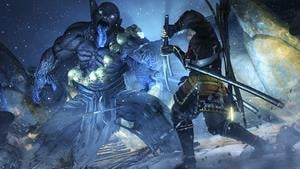 Onyudo is a huge Yokai that appears to be a novice monk. Having been unable to sever their worldly desires, these monks in training betrayed their disciplines and fallen deep in the nadir. They collect the skulls of their victims and wear them across their shoulders like a rosary. If you do not want to be part of their collection, its best to not get close to them.