Onyudo is an Enemy in Nioh.

"O-nyudo (oh-NYOO-doh) are yokai that take the form of a gigantic monk and are said to be former novices who were unable to fully leave the lay world behind and broke the vows of their temple. They appear to collect the skulls of the people they kill, hanging them from their robes like a string of prayer beads. Those who do not wish to join that collection would do well to avoid this yokai."

"O-nyudo have inordinately long tongues imbued with the element of fire, water, wind, lightning, or earth. They can use their tongues to strike the unsuspecting from a surprisingly long distance. They do not use any other weapons, but their ability to launch savage attacks with balls of flesh drawn from their gigantic bodies is more than dangerous enough." 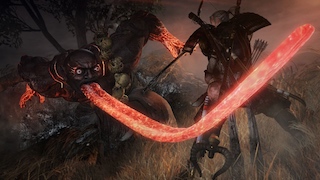 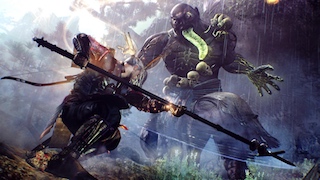 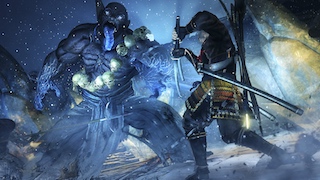