Ogress is a Boss in Nioh.  The Ogress is yokai taking the form of a woman who died filled with grudge and hate. Her ferocious expression and unkempt locks speak to her tormented sadness. If you look closely, you can see that her kinmono is quite high quality, the mark of a noblewoman in life.

The Ogress is a Yokai taking the form of a woman who died filled with grudge and hate. Her ferocious expression and unkempt looks speak to her tormented sadness. If you look closely, you can see that her kimono is of a high quality, the mark of a noblewoman in life.

She features a similar attack pattern to Onryoki. Low stance and speed is very useful against here. Dodge away from her and dash to the left when she attacks and attack her from the side. Keep staying to left because that is the harder to side to be hit from. If you linger too long she will leap into the air and do a ground slam AoE. To prevent this back off, and land a few quick jabs. After you get her to around half health she will do a frenzy attack that can easily one-shot you. To prevent any frenzy attack hits from landing simply stay as  close as possible to her front side and block. If done correctly all of her hits will go over your head and no damage will be done. When her health gets low, she uses long distance jumps and will track while in the air, so be prepared to be hit even if you are dodging effectively. Preserve your Guardian Spirit for when she hits low on health and finish her off.

Before entering the boss arena, switch to low stance and buff using an earth talisman. After the boss cutscene is over, quickly cast a sloth talisman and run directly towards the boss and wait for her to do a swipe attack, as soon as she starts to begin the attack, get behind her and attack and wait for the next slash, rinse and repeat. However, watch the sloth timer to see if you need to use a second one and always roll two/three times away from her when she starts a jumping attack.

Ogress has two attack phases. In the first phase, ??. In the second Phase, ??

鬼女: Kijo - A female demon. These Yokai of Japanese Folklore look like human females but are hideous in appearance, with red eyes, claws, long horns and twisted faces. Kijo are women that were transformed into demons through jealousy, terrible crimes, or due to the most intense of grudges held against others. Kijo will often retreat to deep in the mountains and avoid people, focusing on pursuit of magic to continue their bad deeds or fullfill their revenge.

To understand more about the period of history please see our Lore page. This Ogress is born from the grief of Lady Tsukiyama, Tokugawa Ieyasu's Wife.

A devoted and jealous wife, but separated from her husband by circumstance when he moved to Hamamatsu and he began a long affair with a maid who later bore him a son who would become legitimate. Her son Matsudaira Nobuyasu was married to Oda Nobunaga's daughter Tokuhime, but she had bore him no heirs.

It is said Lady Tsukiyama attempted to secure a new concubine for Nobuyasu from a retainer from the opposing Takeda clan, which made jealous Tokuhime tell her father that Lady Tsukiyama and Nobuyasu were conspiring against the Oda. Some theories said the concubine attempt never happened and Tokuhime plotted this to get rid of her mother-in-law.

As a show of loyalty, Tokugawa Ieyasu ordered his wife executed, and his son to commit seppuku. (1579 AD) 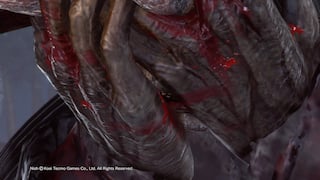 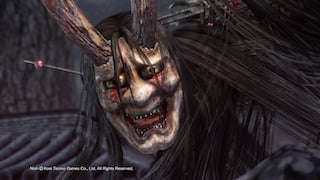 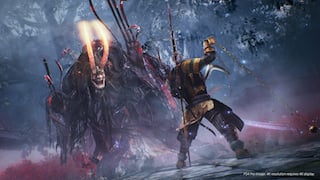