Saika Magoichi is a Boss in Nioh. This is the 15th Boss that players will encounter. The player will have to face this enemy in order to proceed with the game.

Saika Magoichi is the head of the Saika, based in western Kii Province (present-day Wakayama Prefecture). The name "Saika Magoichi" is adopted by each successive leader of the Saika; the current Magoichi is a man whose real name is Suzuki Shigetomo. The Saika are a band of traveling mercenaries skilled in firearms, cannons, and other guns. They prefer to fight small guerilla operations than large-scale battles, but they will fight for whoever pays them and have no allegiance to any lord. In the employ of Ken'nyo of Honganji Temple, they occupied Ishiyama Honganji in Osaka and put up fierce resistance against Oda Nobunaga, but they were later defeated during Hideyoshi's Kyushu campaign. They revere the sacred crow Yatagarasu and are said to be able to see spirits and other invisible presences.

Saika Magoichi is the name given to the leader of the Saika Ikki (Buddhist fanatical group). He is famous for arming his troops with arquebuses and donning the yatagarasu as his family crest.

Saika Magoichii likes to throw bombs and use ranged attack when engaged, but he will also try to dash William sometimes. Dodge his dash and attack him afterwards, this is his weakest moment. Dual katanas and use low stance are very useful when fighting him, use guardian spirit to knock him down also helps.  You can also throw items at him while he is airborne (i.e. kunai).  This will cause him to fall to the ground for a Grapple attack.
In the immortal flame mission, the fire to the sides is more dangerous to you than to the boss. You can push him into it for damage, but if you stand near the fire, and he grabs you, he will probably throw you into it, which generally kills you.


Secondary Cheese Strategy is to use a good odachi and use high stance and spam heavy attack.

Saika Magoichi has two attack phases. In the first phase, ??. In the second Phase, ?? 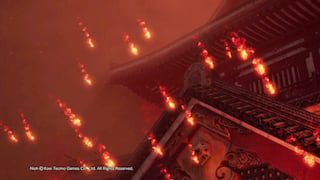 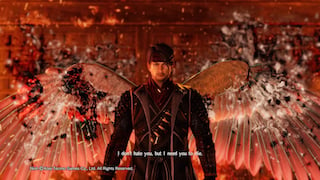 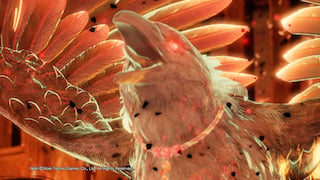