Great Centipede is a Boss in Nioh.

Pronounced "Oh moo kah day". Literally "hundred-legs" in Japanese, this yokai takes the form of a giant centipede. Normal centipedes are commonly encountered in forests and mountains throughout Japan, and even at their small size pack enough poison in their bites to cause swelling or even paralysis. A giant yokai centipede, however, has fangs powerful enough to crush bone.

Great Centipede's appearance is that of a mutant centipede, with a face resembling a flaming skull, containing 2 huge horn-like mandibles protruding on both sides of its mouth. Japan is famous for having a large centipede called the "Mukade" that looks similar to this boss.

Hope you like bugs. There is a poison mist in here, so you'll want to take the ladder to the planks and interact with the contraption. In its first phase, you want to quickly attack its legs, dodging any attacks. Be quick here when the opportunity presents itself. If it comes at you with its pincers just block it and keep attacking. In the second phase you want to get behind it and attack its legs again from low stance using light, fast attacks. When it turns around to face you, block its mouth attack, you'll suffer only minor damage. Then dodge to get back to its rear. If you continue to stay to its rear, you can prevent it from using any of its stronger attacks.

Take out the back legs and the posion rock it drops so there is no poison. then let it follow you to the ladder left of the starting area. if you go up the ladder it will turn aound and go around the corner and up the sloped path. before it goes around the corner you can do a drop down attack off the (wooden ledge) for 1000 damage it will never take its stamina down so  it will never get its back legs to come back. rinse wash and repreat. A variation on this strategy can be used to break its AI in the first phase. Getting on the tall ladder while it is on the ground floor allows you to get it into a movement loop based on your movement on the ladder. Once its in position near the grain fan, you can do a jump attack onto its back parts and almost immediately get them to scatter, making the fight much easier.

The centipede in Japan is associated with success in battle, so it was adopted as a symbol by the samurai. The great samurai Takeda Shingen had one on his battle flag, and these ceiling paintings from a small Bishamonten temple had several centipedes. 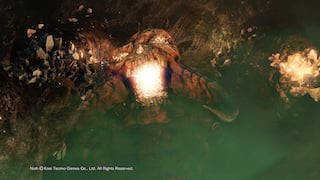 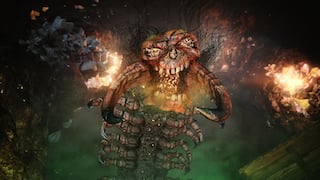 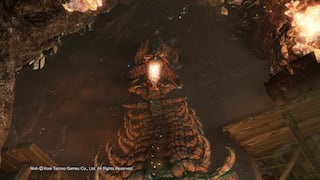