Hundred Eyes is a Boss in Nioh.  Hundred Eyes is the final boss of Nioh's epilogue mission, it controls multiple tentacles and wields an Amrita staff as a weapon.

After absoring a huge amount of Amrita, John Dee transformed into this large yokai. Hundreds of eyes cover its body, even the tentacle-like tips of its hair. It is an embodiment of wicked ambition, utterly devoid of humanity.

A fire enchanted weapon with magic buffs works excellently against this boss. Also, remember to attack it from its rear when battling this boss. You might want to defeat each of the summoned eyes that deal projectile laser damage, but if you eliminate all but 1, it will be easier to just strike Hundred Eyes himself since he’s vulnerable.

Be careful about its crystal projectiles since they are very powerful. Unleash the Living Weapon when he summons the eye lasers for the second time. Keep hitting his back and he will soon be defeated.


The summoned eyes count towards charging and maintaining Living Weapon, so a single well-timed LW usage can last the whole fight, making this fairly easy.

Hundred Eyes has two attack phases. Both phases are fairly similar, but the boss is more aggressive in the second and has a couple extra attacks.

It's appearance might be based on the Hundred-Eyed Demon Lord from the Chinese novel, "Journey to the West" 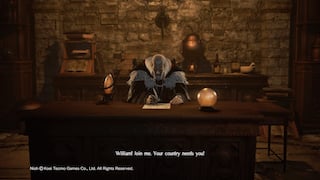 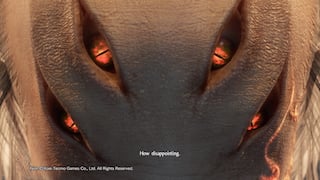 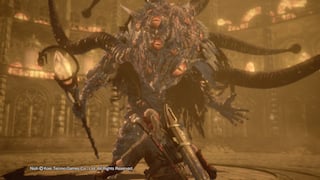