Honda Tadakatsu (Boss) is a Boss in Nioh. This is the first Boss that players will encounter in The Defiled Castle. After facing this Yokai, the player continues through the castle to a final Boss, Okatsu.

Optionally, the player will face Honda Tadakatsu without any Amrita crystals during The Champion Of The East Sub Mission.

Honda Tadakatsu was a famous samurai in japanese history and a boss in Nioh. William will encounter him in Main Mission: The Defiled Castle and Side Mission: The Champion of the East. The primary weapon of Honda Tadakatsu is the Tombo-Kiri spear, so his attacks are quite swift and his movements are agile, despite his bulky appearance.

Honda Tadakatsu (Boss) is found in The Defiled Castle Main Mission within the Tokai Region. To access the boss, the player must reach the halfway point in the mission, a little ways after talking to a dung-loving soldier behind a locked door.
He is also encountered in The Champion of the East Sub Mission.

Combat Information
Health: ??
Ki: ??
Can it be parried? Can it be Stunlocked?
Twilight: Y/N, different attacks?
He can be critically hit when out of ki

Destroy the 3 purple crystals in the the arena and he will instantly die. You can alternatively defeat him by using your Guardian Spirit in rather quick fashion.

Spearfall (high-stance spear combo) can knock him on the ground for a critical hit. Recover your ki and, before he fully recovers, do the combo again for another critical hit -- rinse and repeat.

When fighting him in the Defiled Castle, it is best to focus on the crystals in the area while dodging his attacks. This can be difficult since the crystals buff his attack power, and he usually opens with one of his extremely fast thrusting attacks - often resulting in a one-shot for inexperienced players. One of the crystals can be destroyed from outside the arena by getting on the scaffolding above the entrance to the boss room, then using a hand cannon or bombs to shoot the crystal through the broken section of the wall.

Tadakatsu is deceptively fast, given how bulky his armor looks and how he casually walks towards you when not attacking. For this reason, it is highly recommended to use the Sloth talisman to bring the speed of his attacks down to a manageable level. He is weak to wind, so Wind Shot talismans can be very effective when fighting him outside of the Defiled Castle mission.

Honda Tadakatsu (Boss) has two attack phases. In the first phase, ??. In the second Phase, ??

In real life, Honda Tadakatsu was one of Tokugawa Ieyasu's Four Heavenly Kings, along with Ii Naomasa, Sakakibara Yasumasa, and Sakai Tadatsugu. After the ending of the Warring States period, he struggled with adjusting to the new era of peace under the Tokugawa government.

As a warrior, he is said to have completed 100 battles without being defeated or receiving any significant wounds, earning him the title of "the warrior who surpassed Death itself". The armor he wears in-game is very similar to his armor in real life, meaning that he always stood out on the battlefield. His spear was named "Tombo-Kiri (dragonfly cutter)", based on a legend that it was so sharp that a dragonfly cut itself in half when it flew into the blade. 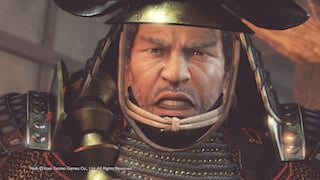 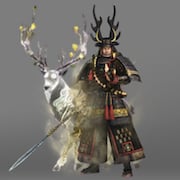