Umi-bozu is a Boss in Nioh. This is the 7th Boss that players will encounter. The player will have to face this yokai in order to proceed with the game.

Pronounced "OOH-me BOW-zoo". A large and very strange looking Yokai that inhabits ocean waters. Also known as "Umi-Nyudo" and "Umi-Hoshi." A famed Yokai of many legends; it takes its name, which literally means "sea-monk", from its round, bald head. Its appearances inevitably herald violent storms.

The Umi-bozu are Yokai with rounded heads, resembling a giant Buddhist monk, although only their head and shoulders may be seen. They assail ships in otherwise calm seas, often by night, cloaked by their dark skin.

The easiest way to defeat Umi-Bozu is to use Hyottoko Masks. A single mask if used just after his beam attack in the first phase or after he jumps and exposes his core in the second phase can hit him multiple times for a huge amount of fire damage. Five to six well-aimed masks can quickly end the battle.

If you are using a Omnyo magic based build you have many tools that can greatly cripple him. Water Stop Talisman reduces damage from most of his attacks and can even save you from his normally fatal water beam. Cast Weakness Talisman as soon as he moves to one side, and cast Fire Talisman I on a Raikiri and a Carnage Talisman on low stance to quickly lower his hp, and cast a burn on him. Anytime he exposes his core use Guardian Spirit Talisman: I , (it takes 4-5 Guardian spirit Talismans to kill him). This works well if you have 25 spirit along with at least 20 magic, and the Kato Guardian spirit.

Umi-Bozu has two attack phases. In the first phase, the creature remains in the water. In the second phase, a now much smaller Umi-Bozu jumps into the arena proper.

海坊主: Umibozu - "Sea Monk". These Yokai of Japanese Folklore are depicted as extremely large, black humanoid creatures that appear in the oceans, often only showing their heads and shoulders. Larger than ships and much beyond, they appear on otherwise calm seas, during the night, to destroy ships. Stories say they may be the spirits of drowned monks, and are often angered if spoken to. Other stories say they are simply creatures of the deep seas. It is said that upon appearing they would ask a ship's crew for a barrel, and if provided one would use the barrel to bucket water onto the ship until it sank and the crew with it, killing, or leaving the crew stranded at sea. For this reason, a bottomless barrel should be provided instead. 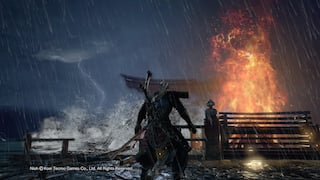 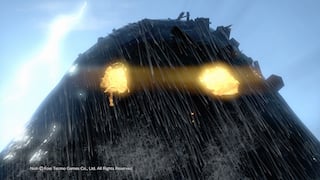 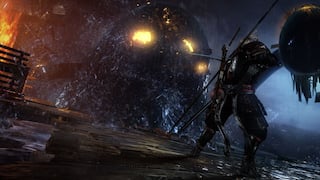