White Tiger is a Boss in Nioh. Pronounced BYAH-koh. The White Tiger is one of the four legendary beast-gods of the cardinal directions, said to be protector of the West. It takes the form of a magnificent tiger covered in gleaming white fur. Traditionally worshipped alongside the Blue Dragon of the East, the Vermillion Bird of the South, and the Black Turtle of the North. After the shield around Mount Hiei was broken, it released the aratama fiends, which subsumed a yokai cat known as a Nekomata and transformed it into the White Tiger.

A combination of Byakko and a Nekomata, the White Tiger has the face of a cat, body of a large dog and split tails.

Buff weapon with Water. A solid strategy to attack himfrom the side. When he uses Scratch there is a major opening where you can dash forward and get beside him to punish him. Avoid staying behind as he has a one shot ability to grab you between his tails. Keep moving around him and not letting him get the chance to catch you. Don't get too greedy with those hits or you'll regret it. When he is below 50% HP your  Guardian Spirit should be able to take care of the rest.

White Tiger has two attack phases. In the first phase, it chases the player down with pounces and claw swipes. In the second phase, it gathers energy in the spirit stone in its right eye socket, gaining the ability to shoot deadly lasers.

I'm mythology, the White Tiger was a guardian deity that was associated with the West. In Chinese lore, it is said that the White Tiger only appears if the emperor rules with absolute virtue or if the entire world is in a state of peace. 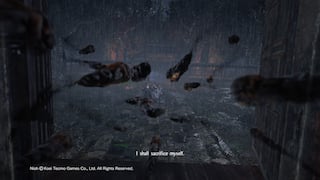 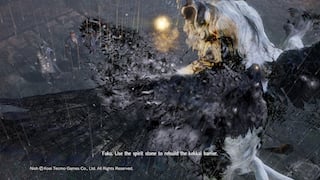 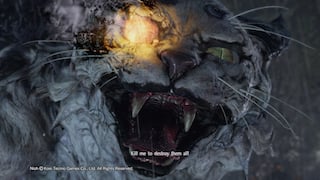