Derrick the Executioner is the first Boss in Nioh.

Derrick is the Tower of London's executioner. He himself had committed a crime deserving the death penalty, but was pardoned on the condition that he take on his current position. He has ended the lives of over 3000 people in the years since then, including political prisoners and dissidents, in grisly public spectacles that often featured his gigantic axe.

You can handle this first boss by dodging his attacks to the side and then getting a few hits in when he whiffs. The axe is effective here early on because it is a high damage dealer and can easily break his guard, leaving him wide open.

In his second phase, wait for him to run towards you and then dodge to the side, get a few attacks in and then move back. Keep repeating this formula until he is down.

Derrick the Executioner has two attack phases. In the first phase, he fights as a human, with slow swings and wide openings. In the second phase, he transforms into a demon, becoming more aggressive and dealing more damage. Be careful not to get hit by his slam attack when he first enters the arena.

Thomas Derrick was an English executioner from the Elizabethan era. In English history, executioner was not a commonly chosen career path because of the risk of friends and families of the deceased knowing who the executioner was and where to find him. Executioners were sometimes coerced into the role. Derrick in particular had been convicted of rape but was pardoned by the Earl of Essex (clearing him of the death penalty) on the condition that he became an executioner at Tyburn.
Derrick executed more than 3,000 people in his career, including his pardoner, the Earl of Essex, in 1601. Derrick devised a beam with a topping lift and pulleys for his hangings, instead of the old-fashioned rope over the beam method. Duly, the word derrick became an eponym for the frame from which the hangman's noose was supported and through that usage (by analogy) to modern day cranes. 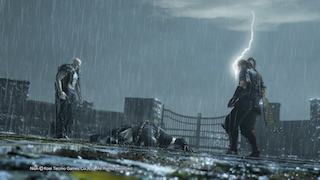 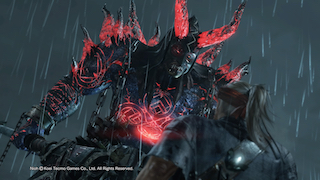 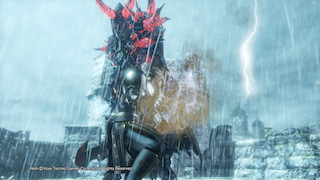