Yuki-Onna is a Boss in Nioh.

Pronounced YOU-key Oh-na. Yokai women enveloped in a haze of icy cold air. Also treated as incarnations of snow. Yuki-onna is a well known presence in snowy regions; some legends hold that a woman who dies an unatural death during a snowstorm will return as a yuki-onna. Her breath is so powerfully cold that it freezes on contact, and cases of one breath freezing an entire home to death are not unknown.

The Yuki-Onna of Honnoji Temple is Princess Noh, resurrected in yokai form by Kelley's dark magic. Her grief over the death of her beloved husband, Oda Nobunaga, froze the city of Kyoto. It is said if one with the power to control ice and snow is armed with a naginata, they might stand a chance against her.

Princess Noh is her common name, taken from her hometown in Mino province (modern-day Gifu prefecture). Her real name is Kicho, Nobunaga loved her noble and fierce personality. They were a happy couple, but perished together in the flames of Honnoji Temple.

The Yuki-Onna is a snow-white yokai, with ageless skin and a chilling breath. Cold as ice, she survives on the life force of her victims who she attacks with refined precision and elegance. She is the source of the Ice Butterflies in the area.

Ranged is a good strategy against her, specifically Rifles and Bows. She is rather low health and will go down faster than other bosses. If you attempt to take her down up close it will be a much more difficult battle. In close quarters, dodge to the side when she tosses projectiles and dodge away when she casts her AoE ice and then dash towards her to land some hits. Taking a punishing strategy works well for melee. Keep your distance until she throws her weapon, then run in and get 1-2 hits in. Quickly dodge away after doing this to avoid her AoE. She will sometimes walk towards you to attack. Dodge past her to avoid being hit, then punish her for this. As before, always dodge away after attacking to avoid being punished yourself.

When her health drops below 50% she will become much more aggressive and ranged is a good option in this case. When she is in her second phase, keeping your distance is crucial. You can interrupt her ranged ice-spike attacks with a quick bow shot. She will charge up a quick and devestating dashing attack during this phase. Dodge to the side to avoid being hit by this. If you are far enough away, she will end the attack before getting to you, offering you a chance to get a few hits in.

As usual, keep your Guardian Spirit conserved until these final phases.

Yuki-Onna has two attack phases. In the first phase, she will use a ranged attack where she throws her weapon. She will also launch several ice-spikes at you if you are distant. In close quarters she will use several AoE attacks to keep you away. In the second Phase, she will use ice-spike attacks that use more spikes. She will also sometimes run up to you to attack you in melee. Her most damaging attack is a charge-up attack in which she will dart across the room towards you with a small blade.

雪女: Yuki Onna - "Snow Woman". These Yokai of Japanese Folklore are beautiful, ice-cold creatures of eternal youth and cruel serenity. With long, flowing black hair and piercing violet eyes, they inhabit the mountains in the winter season. They feed on humans by eating their life force through an icy kiss that will freeze their victims. In traditional stories, Yuki-Onna have been blamed for luring men the wrong way during a storm to freeze them, and bringing snowstorms with them. They have also fallen in love with their intended victims, and in some case married them. In other stories, they have taken refuge and shared evenings with families during the winter, never causing harm.

To understand more about the period of history please see our Lore page. This Yuki-Onna is possibly an incarnation of Nohime, Oda Nobunaga's wife. Known in history as a woman of smarts only matched by her beauty, she had no children and is said to have been barren. Their marriage was political and Oda Nobunaga's descendants were all from concubines. In reality, it is unknown whether she perished at Honnoji temple when Oda Nobunaga died, and a prevalent story is that the woman found at the temple with Nobunaga's remains was just a prostitute. Theories that she was a spy for her father, and was trained in swords so she may assassinate Nobunaga, and her power in court declined sharply after the death of her father.

It is speculated that she may have escaped Honnoji and fled to Azuchi Castle alongside other Oda women under the assumed name of "Lady Azuchi", only to later be killed by assassins from the Akechi clan. 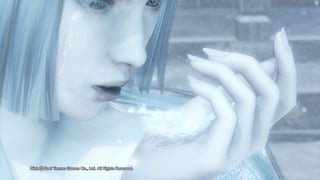 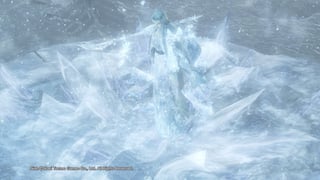 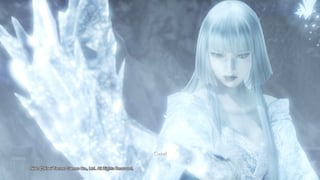 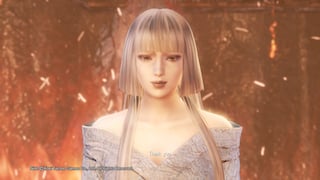