Yamata-No-Orochi is a Boss in Nioh.

Yamata-No-Orochi is the legendary japanese mystical creature, it's said to have eight heads and eight tails, the name Orochi is a reference to the ancient reading in Kanji which translates to ‘big snake'. In Nioh, it's a huge boss which attacks William.

There are 4 phases in the fight

With magic at level 65, I could destroy pretty easily the heads with 3 magic projectiles (be carefull about their resistances and weakness as written in Combat Information).
Genbu  increases Onmyo magic power, so maybe it's a good suggestion. The important thing is to bring a lot of magic projectiles (I had 6 projectiles for each element and I didn't use all of them). If your damage isn't high enough, you can use Sacred Brush to refill. Bring something to increase your casting speed like as Onmyo Mage's Suikan: Eboshi, Onmyo Mage's Hunting Gear: Eboshi, Onmyo Mage's Joe: Eboshi or Awakening.
Sanctity Talisman can be used to avoid being affected by elemental status effects (I didn't test it, but I guess it functions).

Yamata-No-Orochi has two attack phases. In the first phase, ??. In the second Phase, ??

Kelley, after being defeated by William, uses the amrita he stored to revive Yamata-No-Orochi using his spirit, the Uroboro. It seems this transformation probably killed the original Uroboro, since there is no way to get it, or maybe he reincarneted. 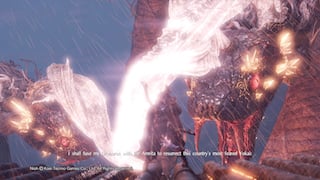 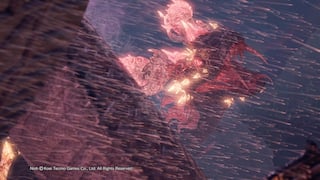 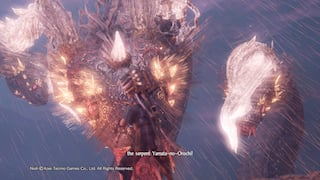